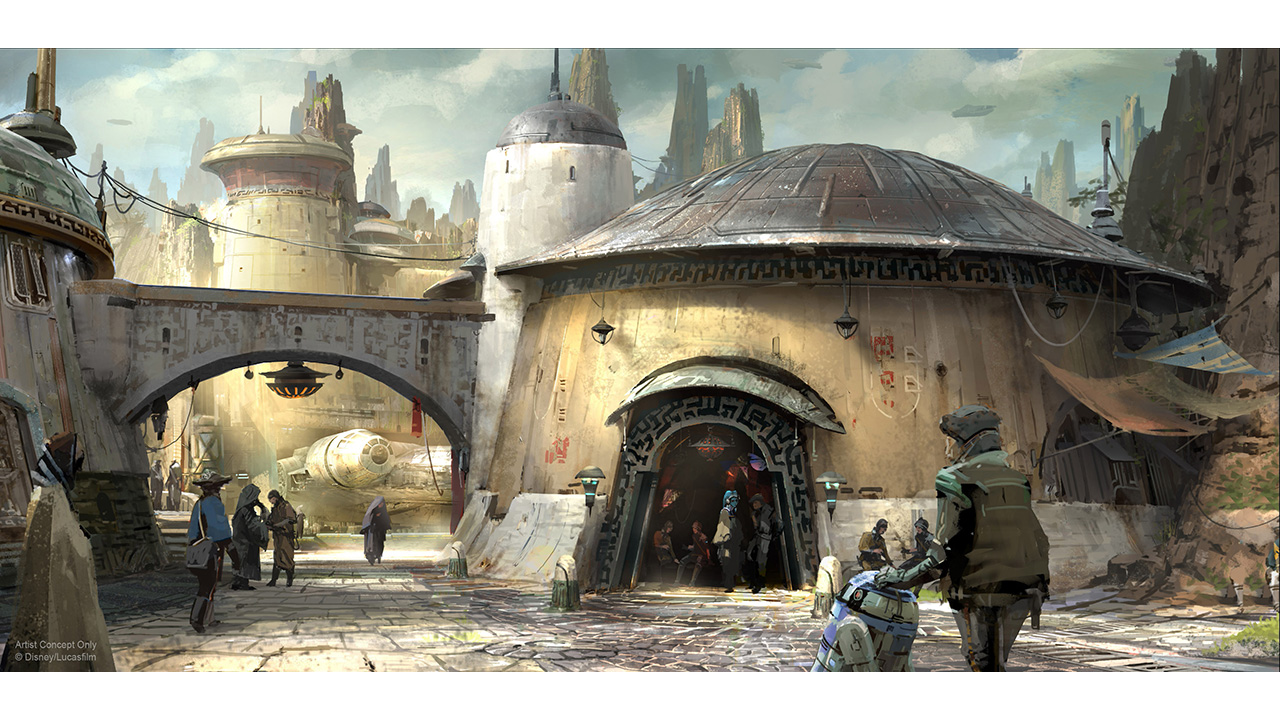 Today at Star Wars Celebrations in Orlando there was a panel called Star Wars and Disney Parks: A Galaxy in the Making.  Representatives from Lucasfilm and Disney Imagineering shared some details about the new Star Wars Land coming to both Disney’s Hollywood Studios in Walt Disney World and to Disneyland Resort.

Here’s a look at the video they presented!

They are going to create new locations that feel familiar but haven’t really been used in the films. I like the idea, but I was kind of hoping for something more familiar from the Star Wars universe. The description on the Disney Parks Blog sounds intriguing though.

Unusual characters from across the galaxy have landed here, preferring the “no questions asked” environment as well as easy access to exotic supplies and an abundant supply of ready rogues looking to join a crew for their next adventure.

Bob Iger announced that Star Wars Land will open on both coasts in 2019.  I can’t wait!

What do you think about their plans?  How excited are you for the new Star Wars themed lands? Comment below or in the forums.

Get Your Baby Yoda Espadrilles Now!