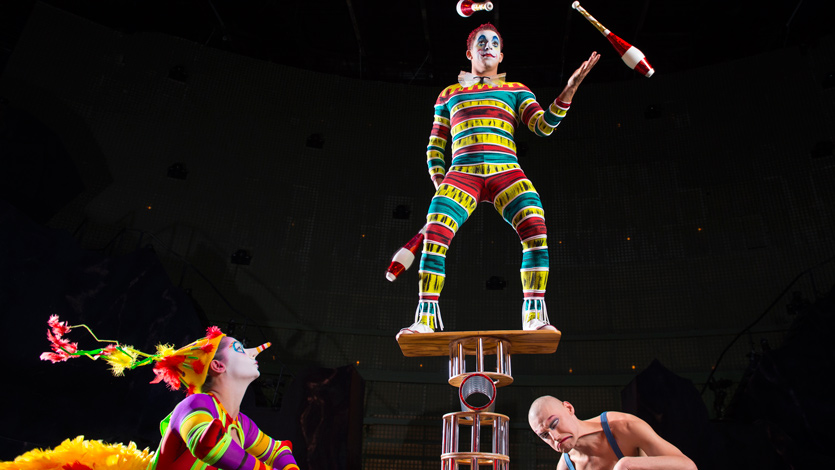 When Cirque du Soleil closed its La Nouba show last year after an incredibly long run, Disney fans wondered what would come next.

The answer came in the form of a Disney Parks blog post that claimed the next iteration of Cirque would be “more Disney” and focus on animation.

Despite the nearly year-long hiatus, it would appear that things are moving along. A recent casting call might give us a clue as to what the storyline will entail.

From the Orlando Sentinel…

Montreal-based Cirque issued a casting call for a youth or adult who could play a 12-year-old Caucasian girl. Other requirements: The performer’s height must be between 4 feet and 5 feet and she must have a slim figure. The announcement asks that that auditioners have professional acting experience, and notes that skills in drawing, other performing arts or athletics such as gymnastics, dance and circus arts are an asset.

The character is described as the lead character of the new show, whose name has not yet been announced, and said to be “sensitive on the inside, yet fearless on the outside.”

The fact that they’re looking for people with drawing skills is certainly interesting. It makes me wonder if Disney is looking at combining drawing and painting with dance or acrobatics for this new show.

Now, don’t get too excited just yet. The new Cirque show is still quite a ways away. The casting call states that the performers would need to be available for two years beginning in September of 2019. That means that a new show probably wouldn’t open until the holiday season of 2019 at the earliest.

However, Disney promises an amazing experience.

Matt Simon, the vice president of Disney Springs, told the Sentinel this month he was impressed by the the progress being made on developing the show.

“I can tell you that the concepts that I’ve seen for Cirque du Soleil are like none I’ve ever seen before,” he told Sentinel reporter Dewayne Bevil. “They are world-class and completely unexpected but truly capture an emotion and feeling that you can never feel anywhere other than on a Disney property.”

If you would like more information on the positions available, go to cirquedusoleil.com/casting and click on the “jobs” button at the top of the page.