Growing up I always watched the Disney’s Halloween Treat special around Halloween.  One of my favorite parts was The Skeleton Dance.  Today marks 88 years since it premiered! 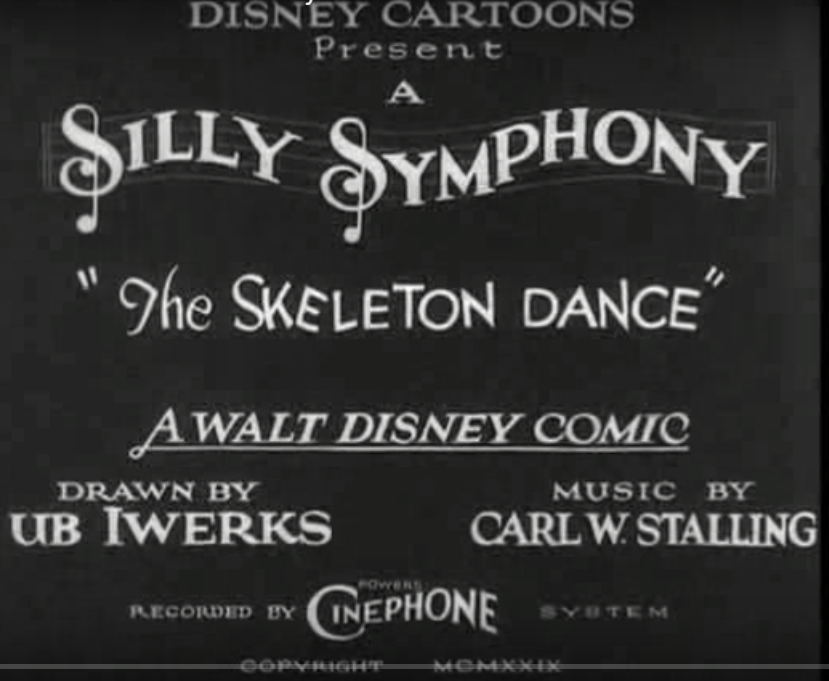 The Skeleton Dance was a 1929 Silly Symphony short produced and directed by Walt Disney and animated by Ub Iwerks.  Incidentally, this was the first entry in the Silly Symphony series.   The black and white short features four skeletons dancing and creating music in a cemetery. It was filmed on standard 1.33:1 35mm film

In 1994 it was voted in as #18 in a list of the 50 Greatest Cartoons of all time, by animation professionals.

It really is a beloved piece of Disney and animation history!

Do you remember this fun short?  Comment below and let us know!
Sources: Video-kikthedaisy  Wikipedia, Disney Wikia

Julia Computing: Disney, Uber Interested in Tech Startup in India… but for what?
Compensation in Lieu of Housekeeping: Not Just a “Disney” Thing!