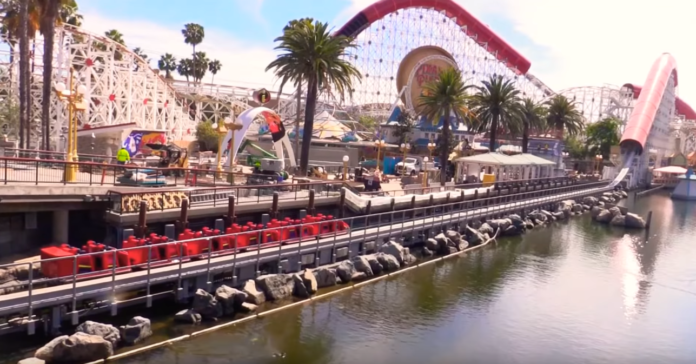 With less than two weeks until Pixar Pier opens to the public, Disney is currently testing The Incredicoaster.

The re-themed California Screamin’ coaster is looking like it’ll definitely be ready by the opening, and the water effect is confirmed to be up and running as evidenced by the video below!