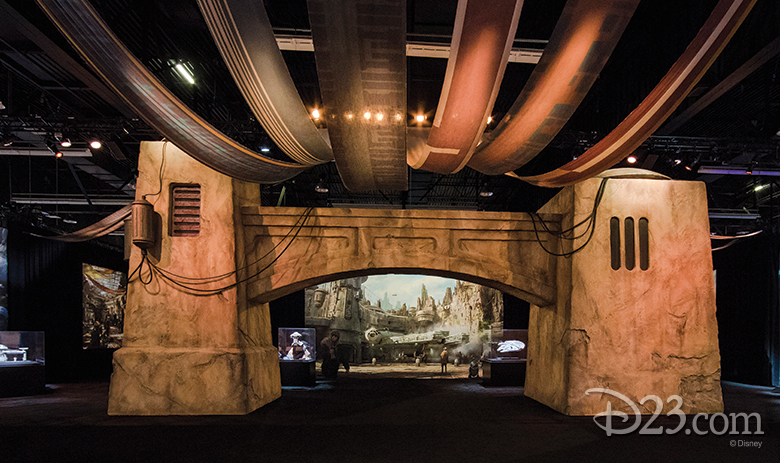 During The Ultimate Fan Event at the D23 Expo, Disney’s CEO Bob Iger, told the audience that one of the Star Wars Land should be open before the D23 in 2019.   Since D23 is always in the summer it would be opening the first half of the year.

Given that the Disneyland version is much further along, I’m pretty sure he means that one, but we know they are both supposed to open in 2019.

What we do know for sure is that there will be two major attractions: a Millennium Falcon ride, and a First Order ride.  They will make sure that the area feels very real and will host familiar and new characters. They have also discussed guest immersion and participation, you can read about that HERE,  and they have an entire section of the event dedicated to Star Wars and the upcoming park you can read about HERE.

I’m super excited about the upcoming Star Wars land and it would be great if it opened sooner rather than later.

What do you think about the opening date?  Comment below and let us know!