Twitter user @bioreconstruct once again provides us with aerial photos of the much anticipated expansion. The photos below show the massive size and scope of the area, which will absolutely dwarf Pandora – The World of Avatar.

The circular foundations below are for the Millennium Falcon attraction. 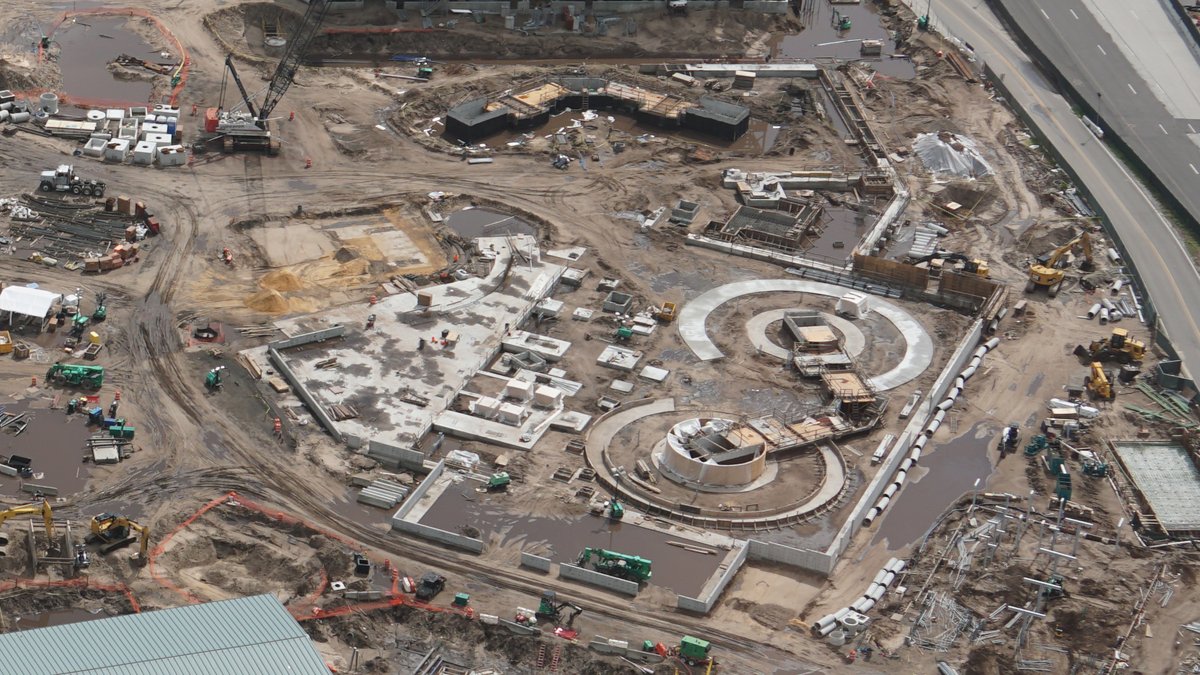 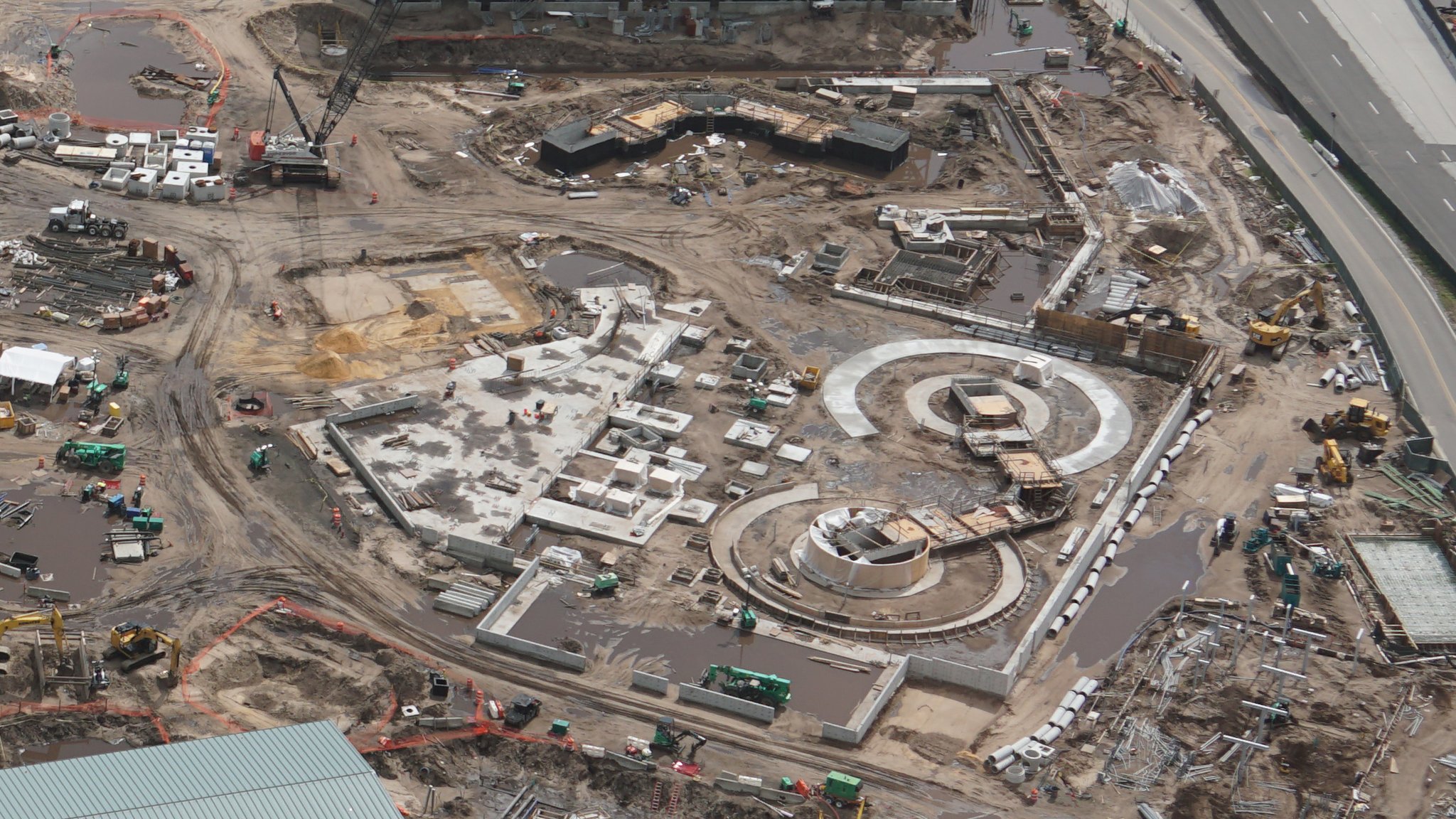 The large show building is for the Battle Escape attraction, which will feature some life-size AT-AT walkers that seem to be considerably larger than what is currently in front of Star Tours. 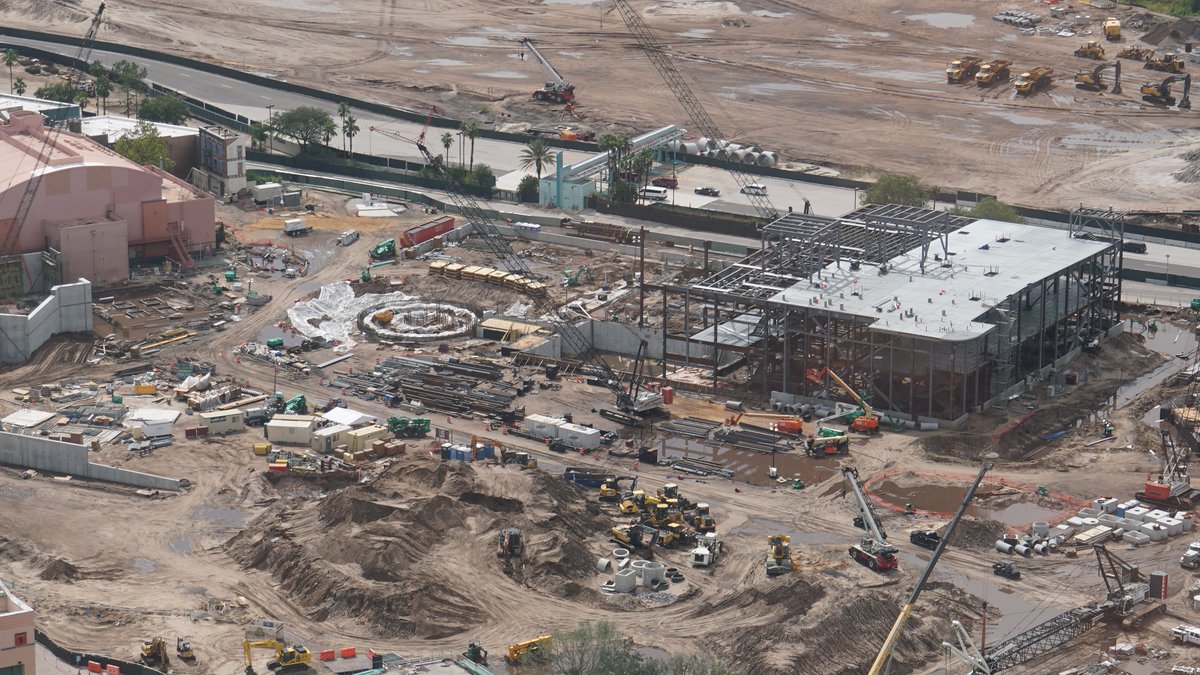 Star Wars: Galaxy’s Edge was detailed at D23 earlier this month. The “Star Wars Land” promises to be the most immersive Disney parks experience yet, and is scheduled to open sometime in 2019.